In the aftermath of a violent G8 summit when she almost lost her life, Bronte O’Hara finds herself fighting against her feelings for Marcus Fleming, the policeman who saved her. When Marcus is cleared of any wrongdoing over the deaths of three people during the undercover police operation, Bronte isn’t the only one who struggles to come to terms with the outcome. The friends and relatives of those who died are determined not to let the matter rest, whatever the cost. Some are looking for closure; some want justice. And someone is determined to use Bronte in a bid to gain revenge… 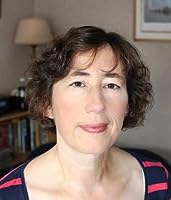 Jennifer Young is an Edinburgh-based author of contemporary romance and romantic suspense. Her books are rich in a sense of place — visit Majorca for a romantic adventure, Italy for some new adult romance, or Edinburgh for dark deeds and romance in Scotland’s capital.

Her Dangerous Friends series focuses on the adventures of former political activist Bronte and her policeman boyfriend, their romance at odds with their very different outlooks on life.

I love Scotland, but I can’t deny some of the above make me cringe. Which is not to say I haven’t succumbed to the odd passing reference to kilts or heather, or indeed shortbread (because, well, biscuits) but because they are used too often as a form of sloppy authorial shorthand for an accepted image. And that’s downright lazy.

Sure — go to a Scottish wedding and there will be kilt-swinging galore, and every second Scot you meet will be called Mc-something. But Scotland isn’t just the romantic backdrop to romance in front of ruined castles or (if you’re reading historical) not ruined one, where clan fights clan and McRomeo inevitably falls for McJuliet.

I never consciously set out to write Scottish novels, and in fact most of my early books have little more than a nod towards the northern component of the United Kingdom. I used to write exotic stories set abroad, but even these had a strong Scottish connection. Then I moved more into writing romantic suspense, with my Dangerous Friends series — and where better to set those than in Edinburgh, the city where I’ve lived for more than thirty years?

If I’m honest, I probably only have one novel that couldn’t be set anywhere else and still be (more or less) the same book. That’s Looking For Charlotte, in which divorced, middle-aged Flora sets off on a mission to find the body of a murdered child. Looking for Charlotte is grounded — almost literally — in the Highlands as Flora’s search takes her into increasingly remote and wild areas in her crusade to bring closure to the child’s mother and earn redemption for herself.

Looking For Charlotte, by the way, does have heather in it — quite a lot of it, as you might expect. It has a a little bit of tartan and the odd kilt, too, but that’s because there’s a scene set at a wedding on Hogmanay — that great Scottish reinterpretation of New Year’s Eve. But they’re not there to make the book Scottish.

I’ve tried to turn my head to what makes a book Scottish and, to be honest, I haven’t made much headway. But I do know one thing — it’s more about the moors and the lochs than it is about kilts and heather.

One thought on “#AuthorTalk – After Eden by Jennifer Young @JYnovelist”