Today on Love Books Group blog, I am delighted to bring you our interview with author Kate Mascarenhas. The Psychology of Time Travel has caused a real buzz amongst the bookish community. I first head about it at the London Book Fair 2018.

Four female scientists invent a time travel machine. They are on the cusp of fame: the pioneers who opened the world to new possibilities. But then one of them suffers a breakdown and puts the whole project in peril…

Ruby knows her beloved Granny Bee was a pioneer, but they never talk about the past. Though time travel is now big business, Bee has never been part of it. Then they receive a message from the future – a newspaper clipping reporting the mysterious death of an elderly lady…

When Odette discovered the body she went into shock. Blood everywhere, bullet wounds, that strong reek of sulphur. But when the inquest fails to find any answers, she is frustrated. Who is this dead woman that haunts her dreams? And why is everyone determined to cover up her murder?

“A complex murder mystery thriller that offers something new and exciting … I was gripped!‘

‘Fantastic! The plot was hugely thought-provoking and the characters engaging’

‘A fascinating, thought-provoking thriller about time travel, murder and a conspiracy that threatens to explode through time’

Kate Mascarenhas is a writer.

Born in 1980, she is of mixed heritage (white Irish father, brown British mother) and has family in Ireland and the Republic of Seychelles.

She studied English at Oxford and Applied Psychology at Derby. Her PhD, in literary studies and psychology, was completed at Worcester.

Since 2017 Kate has been a chartered psychologist. Previously she has been an advertising copywriter, bookbinder, and doll’s house maker. She lives in the English Midlands with her partner.

A Tale of Time City, by Diana Wynne Jones. Time City exists outside of ordinary time, and the people that live there are tasked with keeping history on the “right” path. They send observers out into different periods who intervene if events stray off track.

Merricat Blackwood from We Have Always Lived in the Castle is very memorable. She’s a teenage girl who believes herself to be a witch, loves her older sister obsessively, and is completely without conscience. I love time travel stories but I’d always wondered where someone like me would fit into them. Like Barbara in the novel, I have a diagnosis of bipolar disorder, and routine is an important part of managing it. Time travelling seemed like it would be highly disruptive to routine! Even for someone without those challenges, time travelling would require psychological adjustments that weren’t necessarily healthy.

This is my first book deal, which meant when I started the novel I had no clue whether it would be published or of interest to anyone but me. I was running psychological and social research projects as my regular job, and had to fit writing around that. It took about six months to complete the first draft then a further two years to revise.

I do; that’s necessary, I think because writing a novel’s a lengthy undertaking and the emotional connection gets me through. But while I was developing these particular characters I also had to keep in mind that their behaviour wouldn’t always be intuitive for me. Some human certainties are less tangible to them (for instance, the permanence of death). They also have good reasons for believing in Fate, which I don’t. Usually, I was empathising rather than identifying with the characters because they’re making decisions under totally different constraints from me.

The first time I saw a film on the big screen, it was at The Futurist in Birmingham. I was four and the film was Ghostbusters. You only paid once, but films were projected on a loop so you could stay for repeated viewings if you wanted. We entered the auditorium halfway through the film, then left when we reached the same point in the next showing. Lots of people did this and nobody thought it was odd to watch the end of a film before the beginning.

When I was writing The Psychology of Time Travel, I wanted the geography to feel slightly off kilter and chronologically out of step for people who were familiar with the real locations. The time travellers’ world looks a lot like ours, but has developed along different lines. Sometimes I added fictional landmarks (for instance, the Conclave has its own underground station, called Eligius). Other times I resurrected old buildings that had been demolished or fallen out of use. In reality, The Futurist closed in the early nineties; but in the novel, Grace meets Ruby there in 2017. It felt appropriate because it was a place where you could watch stories unfold out of their proper sequence – and the name was irresistible.

I liked The Possessions by Sara Flannery Murphy. It’s a novel somewhere between science fiction and a ghost story, where people can be possessed by the spirits of the dead by taking a tablet. Explorations of what it means to grieve really interest me. 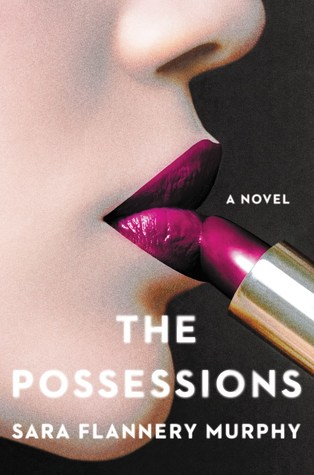 Probably something by Delia Derbyshire. She was an electronic musician in the 1960s, who arranged the original theme tune for Doctor Who. So appropriate for both the period and a time travel story! And she was also a pioneer in her field, not unlike the women scientists in the novel.

I do read a lot of speculative fiction but not exclusively.

At the end of the book, Elspeth makes Odette an offer. What do you think Odette will decide, and why?

My next novel is set in Oxford, and is about the theft of a priceless doll that has magical properties.

Thank you to the team at HOZ for the opportunity to the on the blog tour and for my copy of the book. Apologises for the delayed feature.