Today, I interview Valerie Keogh the author of Secrets Between Us. Out now and available in the usual formats.

I am a registered nurse with a BA in English and an MA in American Literature. I’m from Dublin but live in the UK, near Bath, with my husband and two demanding cats.

Ten years ago, I decided to stop dreaming about writing and actually do it – so I did and haven’t stopped since. I did try the traditional route for a year and submitted to many agents and publishers but with no success, I finally decided to self-publish. I now have nine novels on Amazon. I write a crime series set in Ireland and a grittier crime series set in the UK. I’ve also written a psychological thriller. Although happy with the self-publication path I never really gave up the idea of a traditional publishing contract so every now and then I’d send something off. In Nov 2017 I submitted to Bookouture. I had an email asking if they could ring me – of course, I said yes – and that was the start of a series of phone calls that resulted in a two-book contract in March 2018. The first of these was published in Nov 2018 and the second is due out the end of February.

I’ve given up my nursing career to write full time and hope to continue writing further instalments of my two series as well as, hopefully, more books for Bookouture.

Can you tell us a little bit about your book?

I’ve met two sets of identical twins, women so alike that it was slightly disconcerting to see them. I started wondering what it must be like to see your mirror image and then from there the story developed into one about twins who looked so alike but were very different. The story is also about the secrets we keep even from ourselves.

Who would your book be perfect for?

I think it appeals to both men and women.

Did you have a favourite character to write?

I loved writing Tia, trying to show the reader that she was much more than she appeared to be, more manipulative, certainly far more devious than her sister expected.

What inspired you to write the book?

Seeing the identical twins and thinking, what if?

Can you share with us a photo from 2018 that meant something special to you?

I’m sharing a photo I took on holiday in Cape Town – it was at a vineyard. I thought this was clever, funny and got its point across so well. The power of language!

What has been your proudest bookish moment?

Although I have nine novels published on Amazon, I had never had any printed out so getting my sample copies of Secrets Between Us from Bookouture and having a copy in my hand was a great feeling.

Do you have any questions for your readers?

What would make you give up and not finish a book?

There’s a lot of pressure on writers to make their characters likeable – how important is this to you?

What is your favourite read of your whole life and why?

Gosh, that’s a big question so I’m going to cheat and split it: One of my favourite books as a young child was Enid Blyton’s, Six Bad Boys. Mid-years, it was anything by Agatha Christie. And my favourite book in the last twenty years or so has to be Kate Atkinson’s, Life After Life, a beautifully written, clever, challenging book to read, one that you need to read more than once, I think, to fully understand. 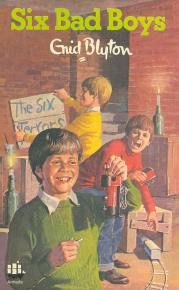 I’ve finished my two books for Bookouture but I’m hoping to get another contract so I’m writing a novel about three friends who share a dreadful secret. I love writing the first draft where I don’t worry too much about anything except getting the story down.

Back of the Book

How safe are your secrets?

One letter a week for fifteen years. Identical white envelopes brimming with my sister’s darkest secrets. All the intimate details of a life as different to mine as could possibly be.

I read each letter slowly: Ellie’s friends and enemies, her career in the city and dreams of a family, the terrible secret she’s hiding from her husband, the devastating lies she’s telling herself…

So I still feel close to Ellie. Even though we haven’t seen each other her since we were children; since our parents died.

But now I need help, and I know Ellie won’t fail me. My twin sister will take me in and we will never speak of why, at the end of each letter, she always scrawls:

Don’t forget to burn this letter.

A jaw-dropping psychological thriller that you will read in one sitting. If you loved dark, twisty thrillers like The Girl on The Train, The Couple Next Door and Friend Request, this unputdownable novel will have your heart racing long after you’ve finished reading.

What readers are saying about Secrets Between Us:

‘FABULOUS! TEN STARS! The writing is wonderful, the story mesmerizing, and the characters realistic and believable. I had to rush through the final few pages at the end because I couldn’t stand the suspense and just had to know the ending… I loved everything about this book and highly recommend it!’ Goodreads reviewer, 5 stars

‘This was one heck of a ride from midnight to 3am. I couldn’t seem to stop reading, I tried really hard to shut down my kindle, but I had to get to the ending… An addicting ride… I literally felt like a fly stuck in a spider’s web who had to keep reading to escape. The scenes caused a tidal wave of emotions to arise, it had me going OMG constantly… can be called nothing but addictive, unputdownable, and a joyride!!’ Goodreads reviewer, 5 stars

‘WOW!!! This was a gripping psychological thriller, the twists were Unreal!!! I Absolutely could NOT put this book down, Amazing… a Phenomenal book.’ Goodreads reviewer, 5 stars

‘An intense, crazy awesome psychological thriller! I thoroughly enjoyed this book, it had me up most of the night reading! My husband slept soundly beside me and at times I wished he was up, the book so SO CREEPY. It’s that uneasy feeling!… I genuinely enjoyed reading Secrets Between Us!’ Cloud of Thoughts, 5 stars

‘I would give this book more stars if I could!!!! Holy cow was this a thrilling book! … I really loved this book and recommend reading if you love a great thriller!’ Dawn Mequio, 5 stars

‘The ending is superb, brilliant even and left me with the book-hangover from hell… I still can’t get that ending out of my head.’ Jenny O’Brien Writer, 5 stars

‘I totally enjoyed the book and read it in less than 24 hours. I will definitely recommend it… Easy 5 stars.’ Goodreads Reviewer, 5 stars

‘Compelling reading and it’s one of those books where you find yourself saying ‘just one more chapter’ and then the next thing you know it’s impossible to put down until you’ve finished it… will have you gripped from the off and the build up of mystery and suspense throughout was literally spellbinding. I couldn’t tear myself away until I had got to the last page… would definitely recommend you giving this one a go.’ Bytheletterbookreviews

‘One of the best books that I’ve read in a long time! I seriously could not put it down and read it all in one day.’ Goodreads Reviewer, 5 stars

Thank you so much, Valerie, for being on the blog today. Come back soon.