I love Rob Parker’s writing, The Wanted Man was one of my favourite reads last year. So when I heard the covers were getting a makeover I was very excited.

Here they are in all their glory. 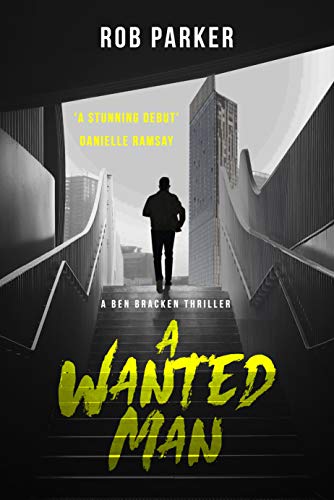 Back of the Book
It’s down to fathers and fatherhood.

Ben Bracken, ex-soldier, has just got out of Strangeways.

Not by the front door.

With him, he has his ‘insurance policy’ – a bag of evidence that will guarantee his freedom, provided he can keep it safe – and he has money, carefully looked after by a friend, Jack Brooker.

Rejected by the army, disowned by his father, and any hopes of parenthood long since shattered, Ben has no anchors in his life.

No one to keep him steady.

No one to stop his cause…

The plan: to wreak justice on the man who had put him in prison in the first place.

Terry ‘The Turn-Up’ Masters, a nasty piece of work, whose crime organisation is based in London.

But before Ben can get started on his mission, another matter is brought to his attention: Jack’s father has been murdered and he will not rest until the killers are found.

Suddenly, Ben finds himself drawn into helping Jack in his quest for revenge.

In the process, he descends into the fold of Manchester’s most notorious crime organisation – the Berg – the very people he wants to bring down…

This action-packed and fast-paced story will keep you turning the pages. Manchester is vividly portrayed as Ben races around the city seeking vengeance. 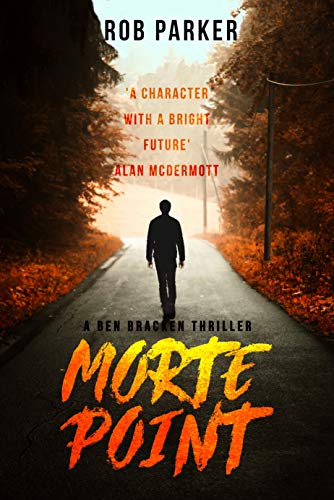 Back of the Book

Morte Point is a wonderful spot for a holiday. Only that’s not why Ben Bracken is here.

He’s here because in this sleepy part of England, events are now unfolding that could cause death and mayhem, and not just for the unfortunates in the plane that has just crashed into the sea off the North Devon coast.

Sent to locate the source of the problem, ex-soldier and patriot Ben finds himself both hunter and hunted. But who is after him, and why do they want to capture him so desperately?

It’s only when, on the edge of physical and mental exhaustion, he meets a young Kosovan microbiologist, that he begins to understand the scale of the plot he has been drawn into, and the weight of responsibility that the authorities have placed on his shoulders. So it’s probably just as well they don’t know about his slightly shady past.

But then, as Ben is rapidly finding out, those in authority aren’t always what they seem, either.

Morte Point is an original, non-stop action tale with twists and turns that will keep you enthralled from start to finish, and a memorable lead character who is far from the typical action hero. Fans of Lee Child and Andy McNab will be hooked!