All her life, London-born Angelika has been intrigued by her mother’s secret past. Now planning her wedding, she feels she must visit the remote Crete village her mother grew up in.

Angie’s estranged elderly grandmother, Maria, is dying. She welcomes Angie with open arms – it’s time to unburden herself, and tell the story she’ll otherwise take to her grave.

It’s the story of the Nazi occupation of Crete during the Second World War, of horror, of courage and of the lengths to which a mother will go to protect her children. And it’s the story of bitter secrets that broke a family apart, and of three enchanting women who come together to heal wounds that have damaged two generations. 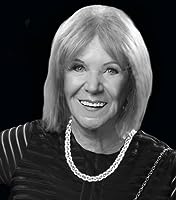 After running her own business for twenty years, Patricia took early retirement and moved to the Greek island of Crete.

When she dug up a rusted machine gun in her garden, and the inhabitants of her remote mountain village came with local stories of tragedy and triumph, she knew she had to tell their account of what really happened in September 1943. In 2017, Patricia’s first novel, ISLAND OF SECRETS, quickly became an Amazon number one best seller.

Patricia, who enjoys painting and photography when she’s not writing, now lives on the island of Rhodes where she discovered another story of injustice while researching and writing her second novel. VILLA OF SECRETS is published by Bonnier Zaffre, and the paperback hits the shelves in all good supermarkets, airports, libraries, and bookshops on the 3rd May 2018. Amazon have already awarded VILLA OF SECRETS a best seller flag. For Patricia, the most moving part of writing VILLA OF SECRETS was listening to a survivor of Auschwitz tell of his removal from Rhodes. ‘This young teenager’s journey to the concentration camp, and how he managed to survive and return ten months later, nothing but 22 kilos of skin and bone, was absolutely heartbreaking.

‘My next novel is based on Santorini, and Crete, and Plato’s Atlantis,’ Patricia says. ‘This story is inspired by a piece of broken pottery that I discovered on my land while gardening. To this day, I haven’t been able to decipher the circle of strange hieroglyphics around the base, but I hope I will. The shard of terracotta is leading to a very exciting modern day and ancient Geek story.’

‘Research, research, research! This is my favourite part of writing a novel. People are so interesting. While working on my third novel I completed a course run by Strathclyde University on Art Theft and Antique Trafficking, and another on Forensic Science. Both courses were very enlightening and entertaining.’

My only hope is that readers enjoy my novels. Reading the wonderful Amazon reviews, which people have been kind enough to post, makes the long and lonely hours at the computer so worthwhile.

I had little knowledge of the involvement of Crete in World War 2 and so was intrigued to delve back in history through historical fiction, which is, in fact, based on the personal story of Patricia Wilson, and this is what inspired her to write the novel in the first place, as we find out in a short additional section at the end of the book.

I found this book to be an amazing incredible journey through history told in such a way that I felt I was actually there going through the terrible times with poor Maria, and her two sons Stavro and Matthia when they were forced to flee their home in the village of Amiras in September 1943 and head to the hills for survival.

I have visited Crete a few times and also most of the other Greek Islands so I already had a sense of the Greek way of life, the smells and sounds, the friendliness of the people and the stunning scenery from the hills to the beaches and the pretty villages dotted around the islands, and these are all described to perfection by the author.  The way the story weaves through the horrors of 1943 to Poppy fleeing the island to the present day, I felt like I was sitting chatting with the Greek old ladies who perch on stools outside their homes crocheting lace into tablecloths for future brides, while the men sat in the Kafenion drinking Greek coffee and clacking their worry beads.  I could smell the lemon trees and bouganvillia, could imagine eating the olives, rustic bread with feta cheese, followed by baklava pastries drenched with honey washed down with coffee, watching the men in the late evening’s dance to Zorba the Greek with their arms over each other’s shoulders.