When the bound, hooded corpse of an unidentified man is found propped up against a gravestone in the central cemetery, Axel Steen is assigned the case.

Rogue camera footage soon suggests police involvement and links to the demolition of the nearby Youth House, teeming with militant far-left radicals. But Axel soon discovers that many people, both inside and out of the force, have an unusual interest in the case and in preventing its resolution.

With a rapidly worsening heart condition, an estranged ex-wife and beloved five-year-old daughter to contend with, Axel will not stop until the killer is caught, whatever the consequences. But the consequences turn out to be greater than expected – especially for Axel himself. 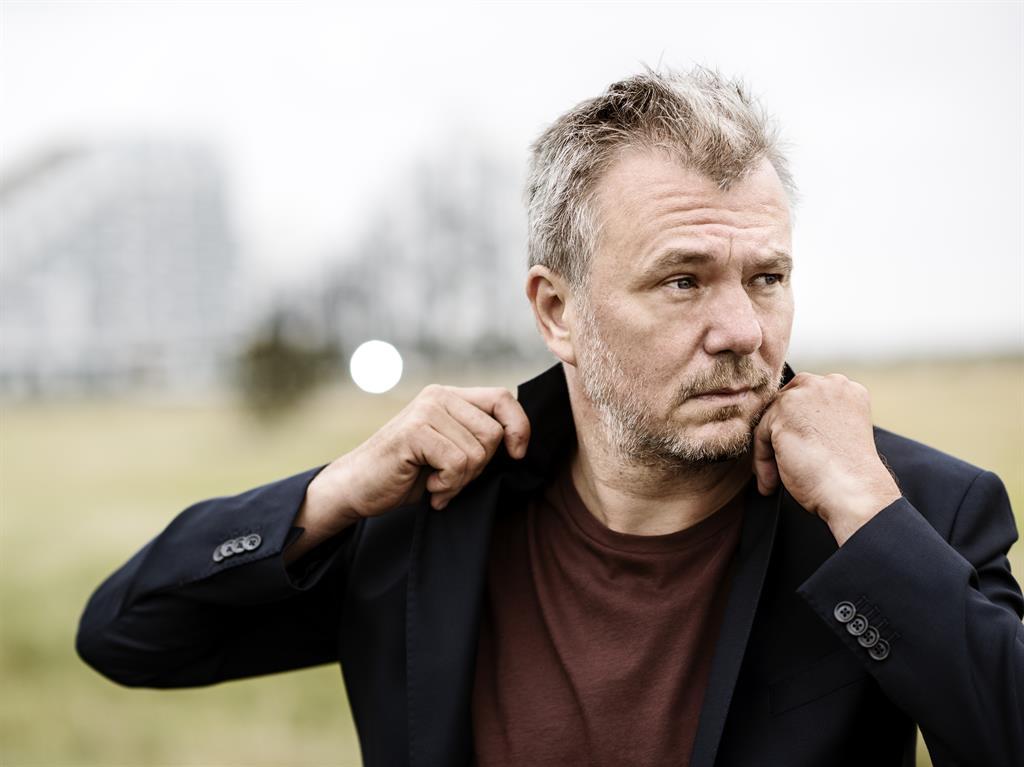 Jesper Stein was born in Aarhus, Denmark. He began his writing career as a journalist and covered the Balkan war and catastrophes in Africa. He then worked as a culture journalist for 10 years, interviewing lauded fiction writers, such as John le Carré, Ian Rankin, Jo Nesbø, Henning Mankell, Peter Høeg, Peter James, PD James, Ian McEwan, Margaret Atwood and Haruki Murakami.
He made his literary debut in 2012 with Unrest – the first in the Axel Steen series. He has received massive attention for his sharp eye for detail, rich and innovative plotting and confident prose. Praised by critics as a writer who will keep readers on the edge of their seat, Stein has emerged as one of the most talented authors of crime fiction in Scandinavia.

Ed McBain’s 87 Precinct series. I began reading it when I was eleven and never stopped. It is one of the most important police procedural series of modern time. I have a clear picture of Steve Carella, Meyer Meyer, Bert Kling and the other guys from the squad and I often go back to the books to read the dialogue because it is so telling and intense.

This is really difficult. I could mention the two Harrys: Harry Bosch from Michael Connelly’s series, because it is the best crime fiction of our time, or Harry Potter, because I have four daughters, have read the books aloud many times without tiring, and still think J.K. Rowling’s universe is fantastic. However, I will pick the male protagonist of Nick Hornby’s High Fidelity because I identified so strongly with him when I read the novel many years ago. He stayed with me for a long time. I’ve made so many stupid Top 5 lists about my life since reading that funny, ironic and warm book.

Before UNREST I had written a biography of a famous Danish homicide investigator that gave me the confidence to live out my dream of writing crime fiction. My experience as a war correspondent and police reporter is everywhere in my novels. They are heavily inspired by reality: UNREST, in particular, has a lot of echoes of cases from my own time as a cop journalist. Generally speaking, reality contains so much drama that I rely almost exclusively on it for inspiration. UNREST was a good place to start the series, with a guy whose life is in deep trouble. From there I could rapidly take him further down towards the bottom of existence in the first three books.

Very much. I am the characters, I write about them, I feel them, I experience their physical and emotional situations and see and sense the surroundings from their points of view. If I did not, I think it would be crap. However, during the whole process, I lean back and look at them from some distance to get everything right and keep the perspective.

The Late Show by Connelly, in which he introduces his new female protagonist Renee Ballard. It is a classic crime story without all the hocus-pocus of cliffhangers and changing points of view to heat up the action. And a really fascinating female character, complicated and driven by inner turmoil and a relentless search for the bad guys. I’m looking forward to the next ones.

UNREST would maybe have some riot song like John Cale’s “Ready for War”. But my protagonist, Axel Steen, should have a more blue jazzy tune like “The Trip” by Art Peppers or maybe Leonard Cohen’s “In my secret life”.

I read everything: crime, novels and a lot of poetry because poetry is the workshop of language and a place where you pick up things you could never invent yourself.

Is the Axel Steen-series exotic or grim and real?

I’m in the process of finishing my sixth novel in the Axel Steen series. It is a dark one. Like the rest.