You have to know when to say no. That’s one of the first things they tell you. But from the first day I arrived in Los Angeles, I said yes.

Jessica Harris is a struggling Hollywood reporter hungry for her big break. When her editor asks her to profile movie star Clark Conrad, Jessica is sure her luck is on the turn. Clark is an A-lister with access to everyone. If Jessica can impress him, she’s made it.

When she arrives at Clark’s mansion in the Hollywood Hills, he is just as she always imagined. Charming, handsome yet disarmingly vulnerable. But then things take a darker turn. Clark’s world is not as straightforward as it seems and Jessica’s puff piece soon becomes something much more delicate – and dangerous. As Jessica draws herself deeper into Clark’s inner circle, events begin to spiral out of her control. 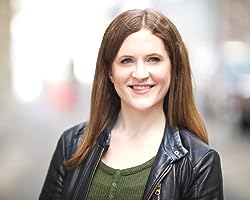 Emma Dibdin grew up in Oxford, and now lives in New York. She is a writer and journalist whose work has appeared in Esquire, Marie Claire, Harper’s Bazaar and Cosmopolitan. Her first novel, The Room by the Lake, is also published by Head of Zeus.

I tend to have a picture of the character in my head – their physicality and appearance – long before I come up with a name. But more than how they look, it’s about knowing what drives them, and what their key flaw is. The protagonist of Through His Eyes, Jessica, is an incredibly ambitious journalist working in Hollywood, and she has this deep craving to be inside the industry and to be part of that world at all costs. In the opening pages of the book, she talks about the “glow” of the film industry, this sort of indefinable magnetic pull that comes out of this magical place where stories are put on screen. That idea was the first thing that came to me, and Jessica’s character really evolved from there.

This varies a lot depending on the character. For Clark Conrad, I wanted him to have a name that evoked old Hollywood: he’s a matinee idol type, a classic movie star thrown slightly out of time, so Clark comes from Clark Gable. He also represents this aspirational and almost unattainable lifestyle, a very American kind of wealth and luxury, so Conrad came from Conrad Hilton. So a lot of deliberate thought went into that particular name; but on the other hand, I don’t even remember when or why I decided to name my protagonist Jessica!

The book is first-person present tense, so it’s very immediate and takes place very much inside the protagonist’s POV. For that reason, my favourite is probably Jessica by default. But I unexpectedly very much enjoyed writing the character of Ben Schlattman, a very influential and powerful studio executive who Jessica pursues for an interview, and ends up having a deeply unsettling interaction with. My day job is in entertainment journalism, and I was spending a lot of my time covering the Harvey Weinstein scandal while writing the book, so the Schlattman character became strangely cathartic to write. Although Jessica and Clark’s relationship is the focal point of the book, Jessica and Schlattman’s relationship is in some ways more crucial, and I enjoyed the process of exorcising some of my feelings about the real industry through that character.

Clark was difficult because he’s someone who’s always lying to a degree, but that can’t be made too obvious either to the reader or to Jessica.

Yes, but I don’t want to get sued for saying who! Nobody is based on just one person, though – a lot of the Hollywood characters in the book are an amalgamation of several real people. And though Jessica is very different from me, her life as an entertainment journalist is taken very directly from my own experience, and I think she’s someone I could have become if I hadn’t had good editors and people looking out for me when I was starting out. She really lacks mentors in her industry, and also lacks a family, so she’s looking for validation and safety in all the wrong places.

Skye Conrad, because she’d get us into the best restaurant in LA and I like to think I’d be able to get her to open up and maybe confront some hard truths about her family. And no matter what, a night with Skye would not be uneventful.

Thank you to the team at HOZ for the opportunity to the on the blog tour and for my copy of the book.